Designer Dash: What I Learned During the Level Ex Game Jam 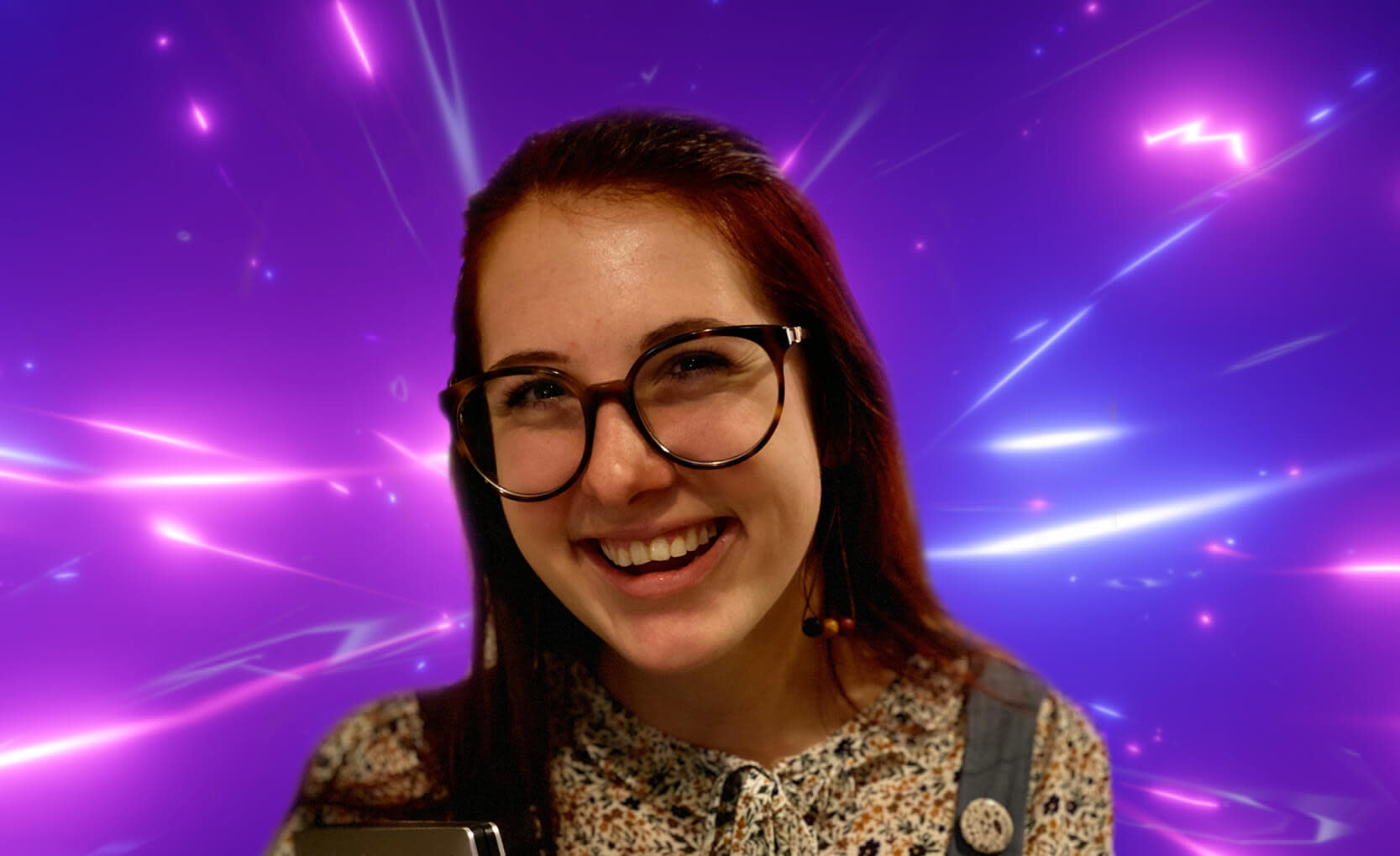 On September 10, Level Ex kicked off its first company Game Jam. The rules: "Make a game about medicine. Also, have fun."

After sending out a survey to determine participants’ interests, the organizers parsed through the results and assigned teams and individual roles. Five teams, with over 50 participants across all departments of the company, were ready to jam for first place (and endless bragging rights, of course). A large number of Level Ex’ers got to fill roles that differ from their normal job titles in the company. I, a software engineer by day, was assigned the role of designer, despite having no formal design experience. I learned several lessons over the course of the weekend.

On Thursday, the entire team met to pitch our ideas to each other. From there, the Design team met to flesh out a concept document for our chosen idea before reconvening with the team.

This gave me so much perspective on not only how hard designing a game from scratch is, but how hard maintaining and supporting that design through the entirety of the game's creation is. Several times, other developers asked questions that the Design team had not established rules for. Sometimes answering these questions impacted other pieces of the game. I found myself saying, "Heck, I didn't think of that" extensively throughout the weekend. Constant iteration happens in the design world, and you must be okay with pivoting quickly.

Our game idea, Donor Dash, is a Diner Dash-esque, time management game that focuses on medicinal practices from the 1600s onwards. Each patient comes in with a different complaint, and you cure them by replacing specific organs.

Progress Visibility is Essential and Exciting

I learned how important iterative progress checks are. Our team hung out in Discord all weekend. Sharing our screens and constantly seeing the latest updates were essential for making sure we were all on the same page. It also involved everyone in the process, even those that weren’t actively updating things in Unity. As an engineer, I take the visualization of progress for granted because I see our games on a daily basis in engine as I implement things. I get a boost of dopamine when I create something that brings the game closer to completion; however, our designers usually don’t get that same feeling of success until they see it on build review days. This experience made me realize how essential screenshots and co-working sessions are—not only for catching misunderstandings quickly, but also for boosting morale and forming memes and inside jokes within the project team.

Everyone Has a “Designer Hat”

"The GDD doesn't specify what happens when the player does x. What do you want to happen?" could take hours and a meeting or two to define.

"When the player does x, I could implement A, B or C. Do you have a preference?" could take minutes to answer.

After three days, the entire company was invited to unveil the games. Each team took a few minutes to introduce the idea and show some gameplay. Although we were all in different physical spaces, everyone flooding the chat with their reactions as each game was presented simulated this real-life closeness.

All of the games presented were charming and bursting with personality. Our team’s game, Donor Dash, informed players of bizarre historical medical practices with haunting, hand-drawn art and spooky audio. Sugar Rush explained diabetes with bouncy particles and impactful choices. Cell’s Kitchen, a tower defense game focusing on the function of immune cells, featured procedural audio and a lot of Gordon Ramsey jokes. Bone Sky let us fly through a bone implant, destroying bacteria while also delivering insane cut scenes. Bubonic Billiards used fun physics to demonstrate the spread of disease with adorable characters and an impressive number of levels. 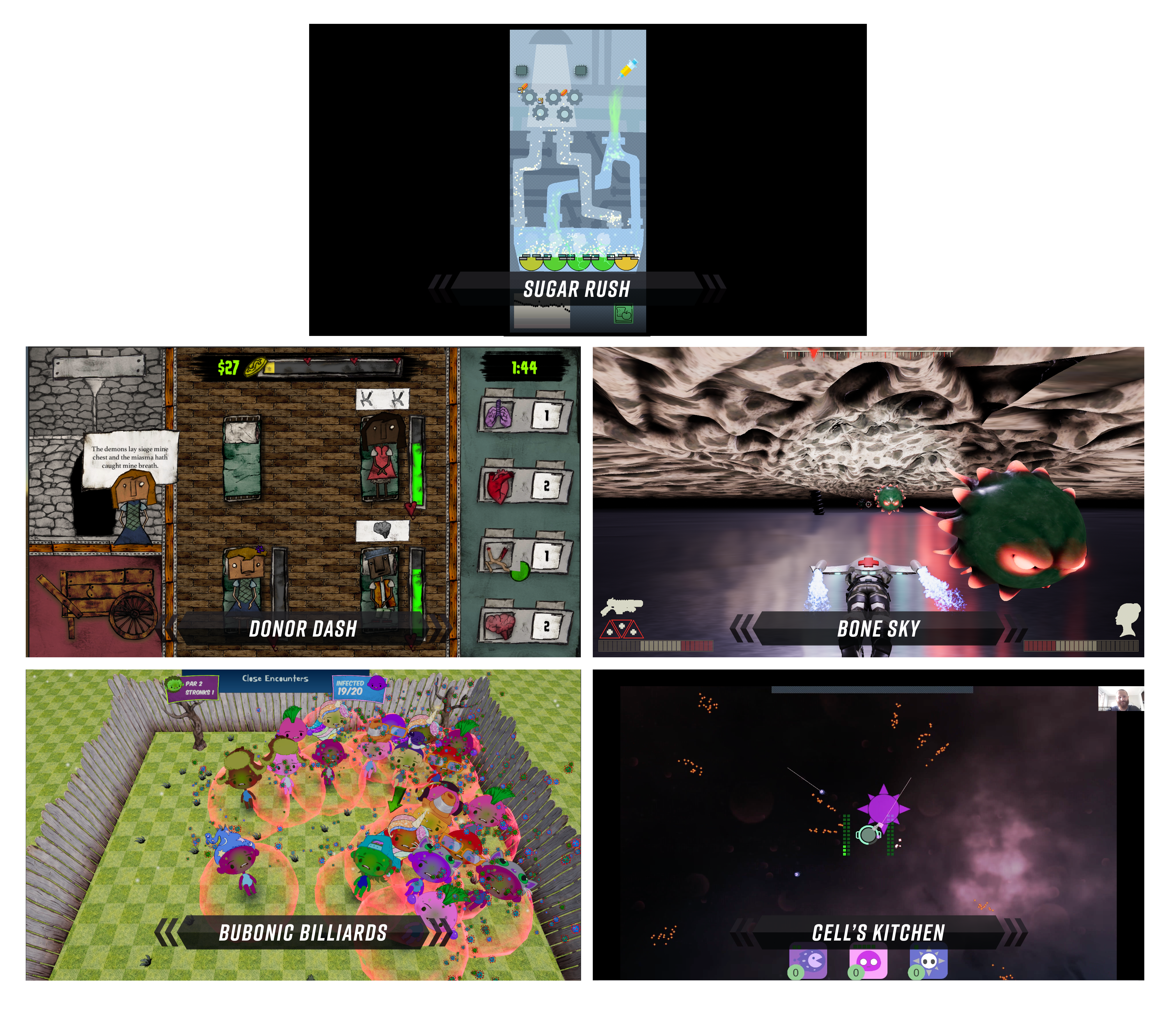 From Game Jam to Game Fam

Level Ex's Game Jam forced a lot of us to step out of our silos. It gave us a safe environment to experiment with different roles. Being a designer for the weekend taught me how difficult design documents are to create and maintain, but more importantly it taught me how to be both a better engineer and a more empathetic teammate.

At Level Ex, we are all humans who have a deep, intrinsic motivation to make things. The better we are at collaboration, the better our games become.

If you’re interested in joining our team, we’d love to meet you! Check out our open positions.